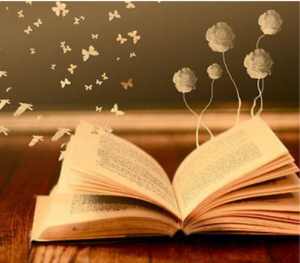 Announced by Jesus, two thousand years ago, as the Comforter who would come to restore the purity of his teachings and bring new lessons for Humanity, Spiritism arose on Earth as the Sun of the New Age, bringing back the pages of incomparable beauty that narrated his luminous existence, and bringing information compatible with the high levels of science and contemporary thought.

Spiritism or Spiritist Doctrine codified by Allan Kardec and defined by him in the prologue of his book What is Spiritism? (1858)  “Spiritism is a science of observation and a philosophical doctrine revealed by the Superior Spirits”, tells us about the existence of God, at the level of practical science, addresses the nature, origin and destiny of spirits, the immortality of the soul, its survival and pre-existence before and after physical life, as well as the relationships of the Spirits with the corporeal world, offering us an evolutionary and reincarnationist vision of the Spirit. As a philosophy, it understands the moral consequences derived from these relationships, in the light of the Gospel of Jesus, as the Higher Spirits teach us and how they have been delivered to humanity. (Kardec, 1859-1869).

It refers to a Spiritism as Allan Kardec thought and dreamed it, rationalist, freethinker, non-dogmatic, humanist, plural, dialectical, progressive and progressive, which tends to keep its transforming project fresh and current to give humanity a global understanding of God, of the universe, of the immortality of the soul, of itself, of its immeasurable evolutionary process, of the noblest attributes and aspirations, for a more loving, fraternal, free, just and equitable world.

As a consequence of this relation, spiritism has an eminently pedagogical character. Not only because its founder, Hippolyte Léon Denizard Rivail, or Allan Kardec, was a great French educator, a follower of the proposal of Pestalozzi, his maestro, but because the basis of Spiritist philosophy is a proposal for the education of the spirit, it is a proposal for universal education: of the intellectual, social and spiritual being. “(…) it will be through education rather than instruction that humanity is transformed”. (Kardec, 2010)

Education is the most important element, not only intellectual and instructional, but moral education. From a spiritist point of view, education does not begin in the cradle nor end in the grave, but rather precedes birth and transcends the death of the physical body. It is a constant, uninterrupted action that helps to modify beings, assisting them in the evolutionary climb towards perfection, in the infinite wake of time.

Education will depend on the lesser or greater knowledge that the educator possesses of himself. Because knowing yourself will be the first step in perceiving the human being. Humanity is one. The human being, in all times and everywhere, was always the same. Its physical constitution, its psychological structure, and its consciousness are the same in all human beings.

Each individual is unique, different from all the others, the same is true in related groups. The psychological type of each human being is unique and irreducible to the mass. The mystery of being, which stuns educators, is called personality. Each human being is a person. And it will be from birth, since it is already born with its complicated structure that will only evolve in growth and in the social relationship.

Educate, is to decipher the enigma of being in general and of each being in particular, of each student. René Hubert, contemporary French pedagogue, defines Education as an act of love, by which a formed consciousness seeks to raise a consciousness in formation to its level. Education is presented, thus, as Science, Philosophy, Art and Morals. It will be Science when it investigates the laws of complex human structure. Philosophy when it tries to interpret the man. Art, when the educator dedicate himself trying to guide the student in the development of his inner vital and spiritual powers. Moral because it seeks the salvation of the human being in the whirlwind of all the threats, temptations and dangers of the world. (PIRES, Herculano)

“When Spiritism get inside the human mind and feeling, a natural intellectual and moral transformation takes place in him for the better, because it proposes a radical change in behavior, enabling to achieve transcendental and liberating goals” (VIANNA DE CARVALHO, 2019)

Nancy Aguilera is an educador, graduated in Cibernética Social y Neuropedagogía from the Universidad Cooperativa de Colombia and currently the president of the Fundación Espírita los Sembradores del Camino.