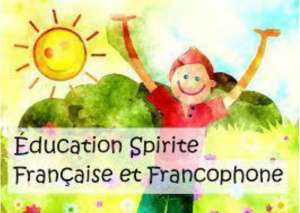 Although the spiritist philosophy was codified in France by Allan Kardec, we cannot say that today it has been expanded in our country.

Spiritism in France is widespread in some regions. It is represented by several centers declared as associations (Law of Associations of 1901) and working groups isolated or affiliated to a Federation.

For these groups, it is difficult to develop all the Spiritist activities as they would like; in fact, the lack of premises forces most centers or groups to organize their meetings in the home of one of their members, who is usually the person in charge of the group.

Moreover, Spiritism in France is still not really known in its essence, i.e., its philosophical teachings. Remembered by the Higher Spirits, this code of conduct based on the teachings of Christ and universal moral laws is unfortunately still too often associated with mediumship and is considered a “manual of mediumistic practices”.

Therefore, today it is essential to restore the image of Spiritism and this can only be done through the example and the word transmitted by the “Spiritist pupils”. I intentionally use the word “pupils” here, because Spiritist teaching, while stressing the importance of moral and spiritual education in childhood, does not refer to the physical age of the individual. The Spiritist center or group is a school for souls from birth to maturity.

In addition to these not inconsiderable obstacles, there are the legislations, the country’s safety, health and welfare regulations, and the training of responsible volunteers committed to Spiritist education.

We understand that working with young people will require overcoming many barriers to thrive in France.

To answer the question, “Is education in a Spiritist center adequately valued?”, I think so, perhaps not in the literal sense, but certainly in the figurative sense the work is done, because “moral education is teaching”, it is part of the Spiritist codification.

In Chapter IV of Allan Kardec’s The Spirits Book – item 208 this question is posed: “Don’t the spirits of the parents exert an influence on that of their child after birth?”

“A very great influence. As we have said, spirits should contribute to one another’s progress. This way, the spirits of the parents are entrusted with the mission of developing those of their children through education. (…)”

Although today the Spiritist education of young people and adolescents may not be a priority for a center, the future is full of hope, because each “adult Spiritist student” becomes aware of the importance of the moral and spiritual education of young people, becomes aware of the responsibility and duty he has towards his child, of the whole process of incarnation, of reparation, of the links that unite the family and the role of the family structure. All the teaching you assimilate will have a natural echo in your daily life and will be passed on to those around you.

Everyone knows that children are the adults of tomorrow and if we want the world to change, it is important to work at the base, at the roots. While waiting for the centers to implement their projects, let us insist on the importance of education and provide families with the tools they need.

“Education, based on an accurate conception of life, would change the face of the world. Suppose every family were initiated into the factually sanctioned spiritualistic beliefs, introducing them to their children, at the same time as the secular school would teach them the principles of science and the wonders of the universe; soon a rapid social transformation would take place under the action of this double current.” After Death – León Denis.

Therefore, although today the material and physical obstacles and premises are real problems and block the Spiritist Centers, the work of preparing for tomorrow is being carried out.

In fact, for some years now the French Spiritist Education Committee has been creating activities for educators and parents, conferences have been held, several books have been created for children and teenagers, “The Spirits’ Book” and “The Gospel According to Spiritism” have been adapted, and training courses and seminars have been organized. A center welcomes teenagers.

The demand and the will are there, and so are those in charge of the centers and the affiliates, but for the moment there are no resources.

In any case, work is being prepared for the future and it is together that we can build it. The field of Spiritist education in France is no longer virgin, many seeds have been sown.