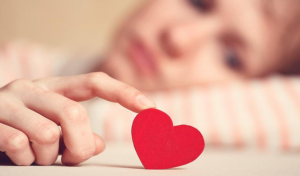 When we talk about affective relationships, an important point for reflection is when we live in a relationship that gets seriously deteriorated, which can lead to affective violence. When a relationship presents constant conflict and becomes completely absorbed in everyday pressures with no opportunity for spiritual nourishment, violence may seem the only way out.

It is time to stop and reflect on what each one is looking for in that relationship. There are numerous factors by which a relationship becomes trapped in violence.

It is possible that we are looking for in each other what we did not have in our families of origin. And when we get desperate in these affective lacks so old, we generate many disturbances.

We want from the other what it is not up to him/her to offer us and vice versa. Emmanuel gives us this clue when he says: “in certain moments of the experience, it is the woman who is consortium believing that she finds in her husband the psychological portrait of the father, to whom she has been linked since the cradle; in others, it is the man who demands the continuity of his mother from his partner, whom he joined from fetal life”¹.

Our benefactor suggests that the relationship between two must be constituted in a “breaking of mooring”, requiring each of us to seek help from doctors and psychologists, friends and counselors when we are in this type of situation. Furthermore, Emmanuel states that the knowledge of reincarnation can bring a new field of observations and reflections towards affective reharmonization².

Another important point to consider are the so-called abusive relationships, which are gaining more and more prominence in the media. At least once a week we find a post on the internet talking about violence against women.

The word “abusive” means exaggeration, lack of respect. Therefore, every relationship is no longer healthy and becomes abusive when there is a loss of common sense and balance.

When this occurs, often forced to the last frontiers of resistance, it is natural for the spouse, relegated to suffering, to call on the divorce as an extreme measure against suicide, murder or other calamities that would further complicate their destiny.

In the book Action and Reaction psychographed by Francisco Cândido Xavier, recited by the Spirit André Luiz, we find a case that speaks of the need for divorce:

“It was late at night… the head of the family was willing to carry out an atrocious act…” (kill his wife) He imagined the murder scene, fabricating a succession of images in his mind…

“Oh! if the incarnated creatures were aware of how their ideas are externalized…” The child, detached from the body that was resting, seeing the terrible picture shaped by the father’s thoughts, “she experienced a tremendous shock and immediately returned to the physical vehicle, screaming wildly…: – Dad!… Daddy! Do Not kill! Do not kill!… “

“The girl’s screams echoed throughout the house, causing a tremble. Marcela, (the wife) in a flash, stood up…”

The Spirits advise the wife in thought to accept the divorce and explain to André Luiz:

“In marital problems, aggravated by the defection of one of the spouses or even by the desrtion of both of them from the duty to be performed, divorce is understandable as a measure against crime, be it murder or suicide…”