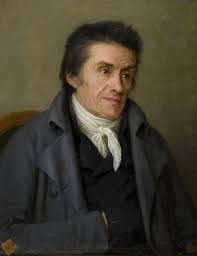 Pestalozzi’s name is often cited, but few today know and read his work in depth and the great contribution he made to modern pedagogy, as its father.

He was above all a magnificent thinker, one of the first thinkers that can call pedagogue in the modern sense of the term and his name will forever be linked to all reformist movements in Education from the 19th century onwards. He knew how to apprehend the historical dimension of the educational idea like no one else, transforming it into pedagogical and teaching attitude, which was his raison d’être throughout his life.

We are in front of the real reformer of the traditional pedagogy, directing his work towards education for all, which highlights his true humanist character.

Johan Heinrich Pestalozzi, was born in Zurich, on January 12, 1746. Son of a surgeon, he lost his father at age of 6 and was raised by his mother, who exercise both functions. Pestalozzi did not excel at school. Often, according to biographers, he was disobedient and quite disorderly, which, no doubt, was the result of the inefficient education, pedagogically speaking, of that time.

He felt a profound rejection of textbooks that he considered superficial. He often felt bored, everything was so monotonous, so much that in a letter he describes: “I have been taken care of like a sheep that cannot get out of the stable. I never got to be with boys of my age on the street, I didn’t know any of their games, none of their exercises, none of their secrets”, in a clear reference to his mother’s overprotection.

At that time, Pestalozzi wanted to become a clergyman like his grandfather, because he was an observant and curious child, a lover of nature, from which he drew reflections and learnings.

All this contributed to the fact that, from a very young age, he dreamed of the need to improve education, universalize it and give him a new vision, which would result in a better society.

Aa an idealistic young man, he fought for a new social order, deciding to break with the educational system of his hometown, which, despite being considered one of the best in Europe, was very committed to the politics of the period.

At that time, he was linked to some student movements that wanted to live a practical Christianity, far from indoctrination, dogmatic impositions and political commitments.

However, it was his compatriot Rousseau who gave a decisive push to Pestalozzi, who throughout his life had Emilio as his bedside book, and who a year before his death spoke of its author as the “center of action of the old and the new world in education”, the one that “broke… the chains of the spirit and gave the child back to itself, and the education to the child and human nature”.

These dreams, related to his desire to contribute in making humanity an autonomous one, began to take shape when he acquired in the Canton of Aargau a property called Neuhof, around the 1770s. It welcomed poor children from the neighbourhood to whom he taught to work in the spinning and weaving of the cotton; The product of their work would serve to finance their training and that this would have an impact on society, making individuals autonomous and capable of self-management in every way.

At that time it was highly original educational enterprise, based on the children managing their own work. In those years and thanks to this concept, his educational project was outlined based on it, as we extracted from his correspondence “the purest inner dignity of man” on one side and “his good training for the essential needs of your earthly life” on the other.

This endeavour did not achieve the desired success and, like any great missionary, for some time it even discredited him as an educator, but it undoubtedly contributed a lot to the growth of our beloved Pestalozzi.

That is how he writes different works about his educational vision. The 1797 investigations are a call to action. Thanks to the political events in Switzerland in 1798, “the people’s educator” becomes, again, relevant in the educational field.

This is how his most important projects begin: First is the experience of Stans, which began in January 1799 and was swept away by the war after only a few months of existence. Then Pestalozzi moved to Burgdorf (Berthoud): the new institute could not resist the fall of the Helvetic Republic in 1803. Finally, the pedagogue was called to Yverdón, where on January 1, 1805 he opened an establishment in the castle that quickly became widespread and famous throughout Europe: from everywhere people would observe the pedagogical phenomenon and the teachers would arrive en masse (the Prussians, the French, the English) to start with the Pestalozzi method.

What was his method based on? His proposal can be summed up in the importance of observing the nature of the child, extracting the laws of his development, creating a favourable environment for this development, taking explicitly into account the social dimension of the educational relationship, giving effectiveness to the child’s ability to act. It is a question of tirelessly investigating the mechanism of human nature in its different manifestations: without knowledge, it is impossible to exercise any power over that nature.

Spontaneity: As we mentioned earlier, it is necessary that the child has enough freedom so that he can act in his own way with everything that surrounds him, in order to discover the environment around him.

Basic education: This education starts from observing the experiences, interests and activities that children perform. In other words, education does not consist in the child acquiring specific knowledge and skills, but in promoting the development of his intelligence, feelings and morality, thus upraising children as a whole being.

For Pestalozzi, the human head represents the power that man has, thanks to reflection, that can separate himself from the world and its confused impressions and provide the ability to elaborate concepts and ideas. But, as a situated individual, man remains completely immersed in a world that, through experience, does not cease to demand his sensitivity and links him to his fellow men in the struggle undertaken to dominate nature through work: this is the dimension of heart. Man, thus provoked by what he is and requested by what he should be, has no other solution in this conflict, always open and fully assumed, but to work with himself: this is the dimension of the hand.

Pestalozzi fought for a teaching in which education was adapted to the child’s mental development at all times, the child himself being able to move from confused intuitions to clear and different ideas.

For Pestalozzi, the teacher must be prepared to seek and achieve the entire development of the child, preparing and educating them to live in community.  The best way to teach children is through experience, so we must include them as participants in their own learning. The main objective of the entire teaching-learning process of the educator is that external influences do not deviate from the natural course of the child’s development.

Therefore, the student is considered an individual whose main task is to learn by working through active teaching, being one of the main active protagonists of his teaching.

During the pedagogical process, this author said great phrases that today, in this 21st century, are more relevant than ever: “Sooner or later nature will certainly take revenge on everything that men do against it.”, “To a children who do not feel loved can hardly be educated”, “Education is a natural, progressive and systematic development of all faculties.”

In short, we cannot forget the figure of Hipólito Léon Denizard Rivail, whom we will later meet as Allan Kardec, who was educated in Yverdón under the direct influence of this great master, and who would become, not only the great pedagogue he was, but one of the greatest educators of all time. For us Spiritists, the one we would inaugurate with the publication of the Spirits’ Book, the Age of Education of the Immortal Spirit.