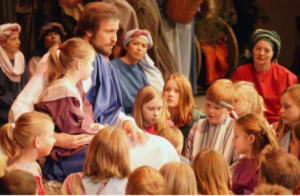 When in the assembly of the Elected it was considered to perpetuate the message of Jesus, reborn in spiritism, with men, emotion and anxiety seized the angelic hearts.

Erraticity sages opined for the dissemination of the immortal book; mystics used to the long testimonies of solitude and renunciation suggested charity to meet the affliction of the millennium; saints stiffened by the work of abnegation and haloed by virtues presented the dissemination of prayer as a bridge of connection with the High Commands of Life; scientists acclimated to long researches and arduous laboratory labors pointed out the need to spread the mediumistic phenomenon along safety lines; the heroes of the Faith opted for the fomentation of indefatigable struggles in which the resolutions of believers were tested, as valuable means for the skirmishes against darkness.

It was necessary, all affirmed, to keep the Spiritist-Christian ideal alive in the difficult times that were to come.

Since, however, the impossibility of massive reincarnations for the numerous harvesters of the Kingdom, the suggestions required consideration and study.

Someone, who was in silence, opined that the Heavens should be consulted in fervent prayer pursuing divine inspiration.

While hearts merged in a single feeling of prayerful communion, the sidereal dew, in silvery flakes, fell on the Lord’s agents, blessing their prayer. However, in a dazzling light, a heart glowed — symbol of love and motherhood, with the Gospel of the Lord open to the sweet invitation at the center:

“Let the little children come to me…”

They narrated the spiritual notes that, since then, annually reincarnate spirits committed to the Spiritist Children Education, in order to spread the Divine Word, perpetuating in minds and hearts the Kardec revelation under the blessings of Jesus Christ, throughout time.