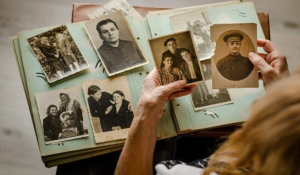 Second Emmanuel, the family related by blood consists of “pleasant or unpleasant reflexes that the past gives us”, in order to heal us through coexistence, and thus improving ourselves with each reincarnation we conquer.

In each new reincarnation story we write, we will inhabit new places so that we can change our points of view. And from this new place we can transform our behaviors and heal old wounds in our souls as well soothing the ones we contribute in the hearts of others. If yesterday we were the rebellious child, today we inhabit the place of a careful father in order to heal the affective injuries we have caused in the hopes of others.

Under the aegis of divine mercy, many “psychic surgeries” are performed when we are reborn in the same families, but in different positions, in order to “cure the mistakes of love”3 from past experiences. This phenomenon is called by Emmanuel of necessary disengagement, that is, it is necessary to let go of diseased bonds so that we can evolve, as well as not to aggravate any more existing injuries.

Reincarnation thus becomes the therapeutic strategy par excellence, as we are reborn in the same groups, but in ties of different character and function, so that we can learn to love healthily.

A good example is in the book “Nosso Lar”, in which André Luiz’s mother clarifies to him that in the next lifetime she will remarry his father, and her daughters will be the women her husband has had extramarital relations, so that in the paternal place he can offer them the respect, care and guidance that were not possible before. As for her, probably, a loving collaborator in this family, will also be able to renew the lost trust.