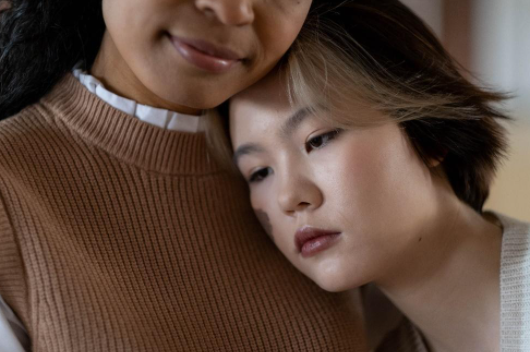 Depression is one of the afflictions of the present millennium for humanity, generated or triggered by various causes usually of no apparent origin in the present existence.

The World Health Organization reports that there are more than 120 million people with depression in the world, which reflects the magnitude of this pathology that is certainly expressed on both levels of life.

The International Classification of Diseases ICD-11 describes depression in several of its pathologies as shown in MB24.5 – Depressed mood defined as a “Negative affective state characterized by low mood, sadness, emptiness, hopelessness, or dejection”, but it also classifies major depression, recurrent depressive states having several other forms of expression of this human pathology.

Among the causes of depression, or associated with it, we can find materialistic behaviors, feelings of loss, resentment, feelings of guilt often associated with abortions provoked in this or another existence, use of psychoactive substances, alcoholism, socioeconomic causes, organic diseases, etc.

We must add to it the spiritual origin, such as spiritual disturbances that magnetize affective states, seeking to destabilize the person emotionally; or stages of a depressive soul that have faced the challenge of that disease in several lives, and which accompanies him until he manages to overcome it, resulting in profound learning in his evolutionary evolution.

In “The Gospel According to Spiritism” by Allan Kardec, chapter V, it is referred to as “Past Causes of Afflictions”, because when the causes of the afflictions are not found in the present existence, they are certainly in past lives. They are related to wrong behaviors or experiences due to inner or exterior events, creating emotional wounds, which require a longer time for a therapeutic approach.

According to the neurobiological theory, depression would be associated with a decrease in the bioavailability of neurotransmitters such as noradrenaline, serotonin, and dopamine; and therefore the well-known antidepressants would help to increase this bioavailability improving the symptomatology. But from the spiritist analysis, what medical science may consider as the neurobiological cause of depression, in reality, we would understand it as an effect, since the physical brain would be the final organic effector of the emotional states of the soul, which translates as a vibrational state that affects the functioning of the perispiritual brain. As a result, the perispiritual brain affects the thalamic regions of the physical brain, thus decreasing the levels of neurotransmitters, which are detectable in this plane of life.

The spiritist psychiatrist, Dr. Alexander Moreira, in chapter 20 of the book Salud y Espiritualidad (Health and Spirituality), states that “The level of religious involvement is inversely associated with the level of depressive symptoms”, which indicates that this immersion in religious behaviors, lived positively in life, constitutes a behavioral and belief antidepressant, which improves depressive symptoms.

Likewise, Dr. Susan Andrews, from Harvard University, in her work: “The Science of Being Happy”, tells us that being kind and generous reduces depression and promotes health by increasing self-confidence. And this concept is in full agreement with what the Spirits teach us when they affirm that “Benevolence towards one’s fellow-creatures, which is the result of loving your neighbor, manifests itself in the form of affability and mildness.” (Chapter IX. Item 6. The Gospel According to Spiritism).

This same benevolence is related to indulgence and forgiveness, in the concept about charity in the answer to question 886 of The Spirits’ Book. Therefore, the Kardetian work, since the middle of the 19th century, presents us with this moral treatment that now science, through contemporary authors and researchers, is discovering and has implications in pathologies such as depression.

For those who want a deeper understanding of the transcendent and reincarnational dimensionality of this depressive pathology, we recommend the reading and study of the book “Caídas y Ascensiones” (Falls and Ascensions) by the spirit of Victor Hugo and psychographed by Divaldo Pereira Franco. It narrates the life of a bullfighter incarnated in the present existence, who lives his depressive experiences of several lives, associated with wrong behaviors of yesterday, managing to ascend from his moral falls. He overcomes the depressive states with the light of spirituality with spiritist knowledge, which opened a deep field of reflection and understanding, by comprehending that he was an immortal spirit, susceptible of being cured through the moral transformation, which was carried out to reorganize his life, learning to love God and his neighbor as himself. That is why the Law of Love exemplified by Jesus more than two thousand years ago, constitutes a universal panacea for the acquisition of the true health of the soul.